The Loongson 3A (Godson 3A) looks nice!

The Loongson 3A (or Godson 3A) is the successor to the Loongson 2F used in systems like the Lemote Yeelong and Gdium Liberty 1000. According to the Chinese review site EXPreview, the first production of Godson 3A CPUs has completed. (Specs and motherboard pictures below.)

The Loongson 3A/Godson 3A is a quad-core processor built on a 65 nm process. Running at 1 GHz, it has a power consumption of only 15 Watts. Each has 64kB of L1 instruction cache, 64kB of L1 data cache, and a 4MB shared L2 cache. The Godson 3A implements the MIPS64 architecture, which is a nice improvement over the previous Loongson 2F which only implemented MIPS III with extensions. Also, it has 200 new instructions for speeding up x86 binary execution. 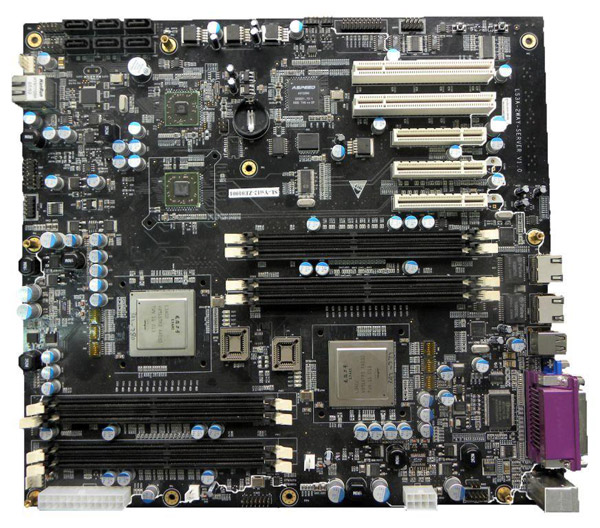 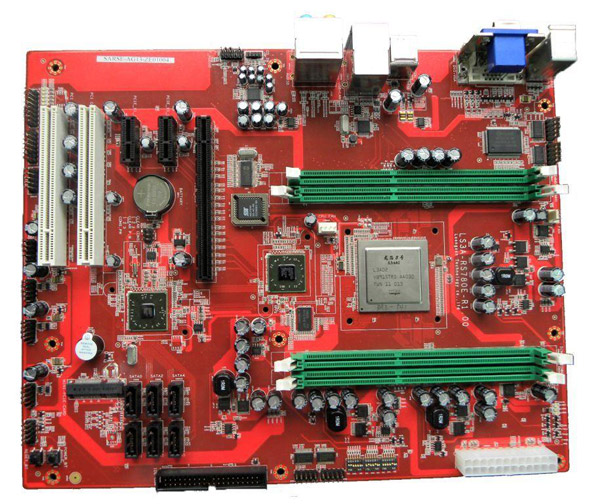 Both motherboards have an AMD 780E chipset and a SB710 southbridge. With an RS780E chipset, the integrated graphics would be a RadeonHD 3200, though I have read elsewhere that the Loongson 3A will be using the AMD 690E chipset and a Radeon X1250. The RadeonHD 3200 has an RV610 core running at 500 MHz with 40 unified shaders. The Radeon X1250 has an older and less impressive RS690 (a mobile R400-series) core at 400 MHz with 2 vertex shaders and 4 pixel shaders. Using AMD's John Bridgman's conversion of 4 unified shaders per vertex shader and 5 unified shaders per pixel shader, the X1250 has the equivalent of 28 unified shaders.

The EXPreview article continues by mentioning that a Godson 2G (or Dragon Heart 2G) processor is also in successful production. The 2G is a Godson 3A but with a reduced number of cores meant for laptops.